The Art Of The Tease: How To Launch A Teaser Campaign

Consumers demand more than traditional forms of engagement. They now have much higher expectations and expect brands to amuse and entertain them.

What is a teaser campaign?

A teaser campaign is a marketing technique whereby often cryptic advertisements are released, usually with an aim of creating a buzz about a new product, service, or larger campaign. Teaser campaigns can generate social engagement, intrigue and excitement when done right. Popular platforms for teaser campaigns can include print, in the form of billboards, or through social media platforms (photos or video).

When launching a product - and aiming for maximum impact - a teaser campaign, also known as a pre-launch campaign can be a very effective way of generating curiosity and buzz around your product before the big reveal.

1. Create a bit of mystery

People love to be in the know, and they love to solve mysteries. So in your teaser campaign, you'll want to use that to hook people into the build-up to your launch. Make them curious, make them believe that solving the mystery will be worthwhile, and you will have them wanting to come back to you for more.

In the months leading up to the launch of Dan Brown's newest novel, Origin, BeeLiked created a series of teaser campaigns for his fans to learn little by little about the upcoming blockbuster novel. It started with a low key design contest to design a special limited edition cover for Origin. Six finalists were chosen and fans were invited to vote on their favourite. Those that voted were rewarded with a surprise -  a personalized book signing video where Dan magically welcomes each person by name to his house and writes their name in the book. Each fan received their very own book signing video, generated in less than six seconds. Check out the video below.

2. Don't reveal too much too soon

Once you have piqued their curiosity, start revealing a bit more information to keep your audience interested. Create suspense, perhaps releasing one clue at a time, or maybe ask your audience to guess what the product could be. Keeping your audience engaged by drip-feeding information that will allow them to speculate what will happen next. Try to be unpredictable... if there's one thing people love as much as a mystery, it's a surprise! 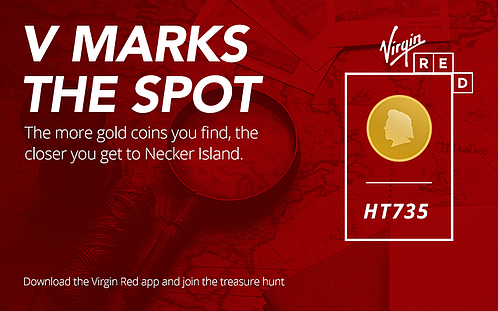 ‘V marks the spot’ had over a million coins of various forms, physical and digital, each featuring the face of Richard Branson, hidden in various locations around the UK and on websites. Each coin had a code that could be added into the Virgin Red app, leading in turn to prizes and offers, the main prize seeing winners going to Necker Island (Branson’s private island in the British Virgin Islands) for a real-life treasure hunt.

Before the launch, Branson teased the audience with clues as far back as April, with a video of him finding buried treasure. The video was meant to look like it had been leaked online, adding to the intrigue. 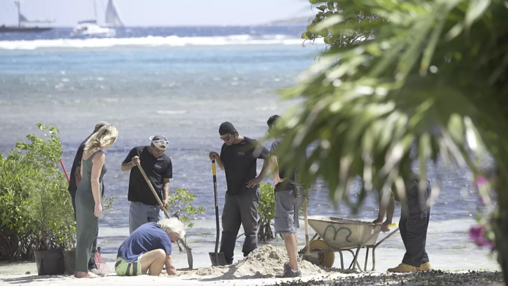 Timing is key - a teaser campaign is a form of show business, you will need to be able to judge when your audience is ready.

Talenti Gelato used BeeLiked's Product Reveal campaign to reveal four new flavours. Each entry into the campaign revealed a little more of the image and every entrant was rewarded with entry to sweepstakes and a $1 off coupon code. 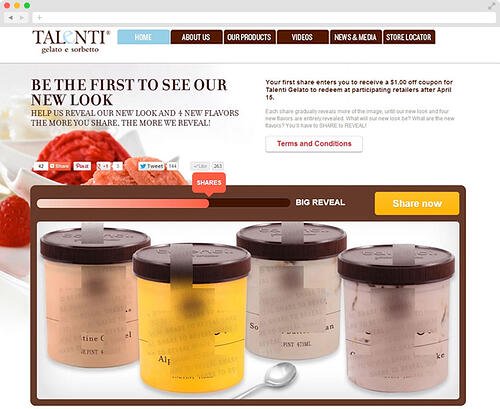 Macmillan Publishers used the same BeeLiked Product Reveal campaign to reveal Nora Roberts new novel Of Blood and Bone to her legions of fans. Each fan was entered into a sweepstake to win a free early copy of the novel. They were also incentivized to share the campaign to help reveal the book cover sooner. 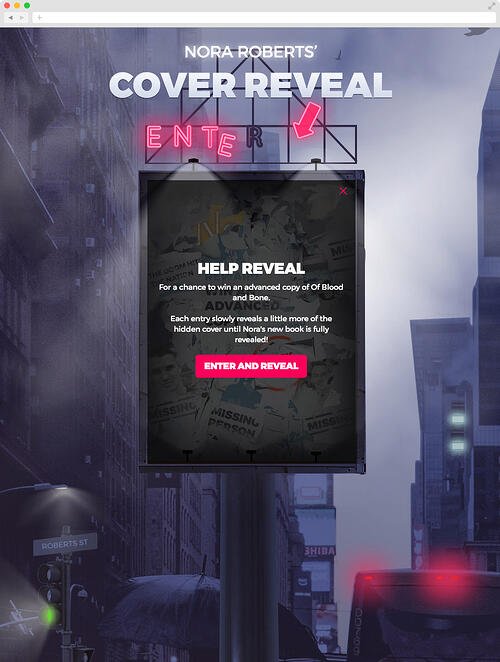 4. Make it as intriguing as possible

The more intrigue and excitement you stir up with your teaser campaign, the better. It needs to resonate with your audiences, which is why the visuals and the copy are essential to get right. Sometimes, simplicity is the best way forward. Whether its a product launch teaser, or a teaser campaign for a new service, entice your audience with language which creates mystery, suspense and urgency.

‘Something big is coming’

For example - check out this campaign below and their use of intriguing copy to interest the reader.

5. Involve a countdown or interactive feature

Consumers and audiences love to get involved. Anything that evokes curiosity or intrigue, that is shareable on social media, and involves an interactive challenge, will receive more engagement than an image alone. For example, a click and reveal feature can involve audiences guessing what the big reveal involves. You could take it one step further, even, and offer prizes for those who guess right. The best teaser campaigns are all about tapping into the psyche of your target audience, so they’re left feeling like they’ll miss out unless they get involved with your campaign, sign up, or learn more. 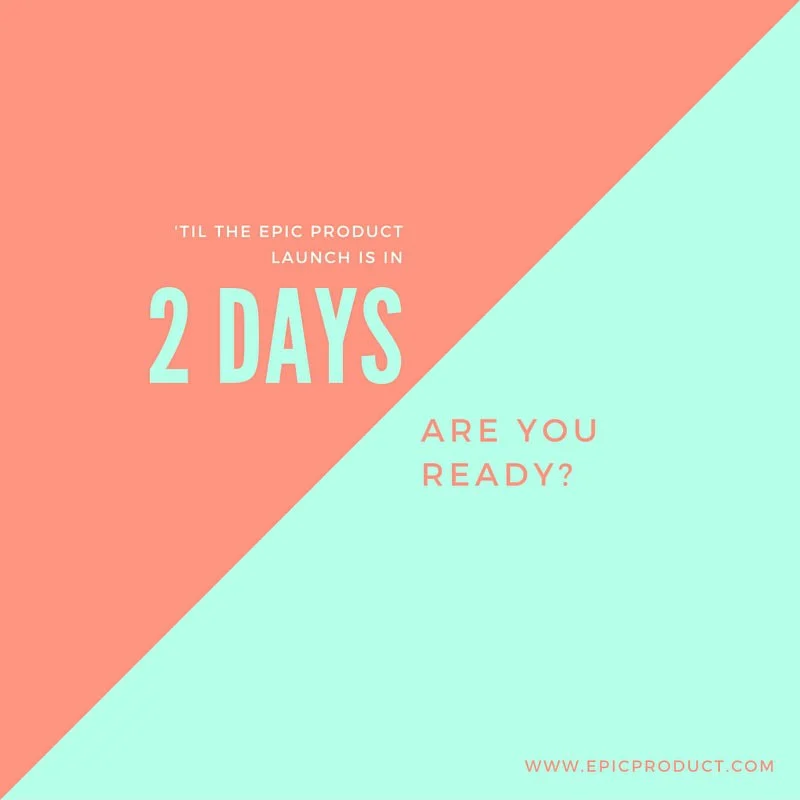 Hashtags are your friend with any teaser campaign. They are an easy way to connect your followers and audiences, and work their magic on social media channels themselves. Used well, and hashtags help you to measure how much engagement your campaign receives, meaning you can gain more insight into who is interacting with the post, and how. This data can be invaluable going forward, and a hashtag instantly creates a feeling of inclusion. Make your audience part of something bigger than themselves, naturally evoking interest in your product as you do so.

7. Use email subscription to boost engagement

A brilliant way to utilise the traction you receive from a marketing teaser campaign is to encourage audiences to sign up with email. This immediately creates a pool of potential customers, who are actively interested in your product or service. This means you can further target this audience, with a bespoke buyer journey that resonates the right way. This may be with countdown emails before launch day, or, create a sense of trust in the decision making stage, but offering exclusive deals that only a ‘select few’ can access. Creating a sense of exclusivity makes the audience feel part of something special and unique. A teaser campaign for product launch can further tie into the technique of using urgency to increase conversions - a sense that, if they don’t buy now, they’ll miss out!

BeeLiked offers bespoke and completely personalised gamification solutions for your business. Whether you are looking to boost an existing campaign, or are looking to devise an effective campaign strategy to get your brand noticed by the right people, talk to a member of our team today. Generate high quality leads with unique branded experiences from BeeLiked. Click here to arrange a demo.

How to Improve Employee Engagement

13 Reasons To Focus on Employee Engagement

Employee engagement. Some people see it as a miracle cure for workplace challenges. Others say it’s become an...
Engagement Featured

Gamification: The Key to a Happy Workforce

Stay in touch with us

Latest from the blog